Resources used
UKFAPP. Uworld, Kaplan, FA (as a reference, though I did try to read it in the last 2 weeks before the test — brutal, not recommended), Pathoma (got through about half of it in dedicated, but I wish I started earlier so I could finish it), Picmonic (bugs>>drugs).

NBME average
258, discarding the NBME in January (our school makes us take it, primarily to scare us into studying)

USMLE-Rx and/or Kaplan %
Kaplan 79%, done from January – May (before dedicated).

MS1
Study for class. I didn’t use any Step 1 resources then — I tried Firecracker, and it was way over my head.

Summer MS1-2
Again, I tried some Step 1 studying and just wasn’t ready for it. I did a research project and went to Grand Canyon for a week. It was better than studying.

MS2
First half of our year was Bugs+Drugs, Biochem/Endocrine blocks, which were incredibly hard but very high-yield in their own right. I really started studying for Step 1 in particular in January, solely by doing Kaplan Qbank. Started off on Timed to get a hang of how fast I needed to go, then switched to organ system-specific Timed Tutor because it’s way less soul-destroying than Timed. NBME in January thanks to school policy, another NBME in April thanks to school policy.

I finished Kaplan right before the dedicated, so I started Uworld with 5 weeks to go. In retrospect, I liked saving Uworld for the dedicated — it’s so high-yield, it would have been wasted on me before — but definitely do Kaplan and/or Rx in the time before. Most of my day was doing Uworld, again first on Timed Random, but quickly switched to Timed Tutor Random to minimize soul-destroyingness. I would break up the monotony with Pathoma, some light Picmonic review, or finding a classmate to talk things out with.

I honestly didn’t focus so much on getting through a bunch of resources, or doing multiple iterations of them — I just tried to understand every topic I came across as well as I could, especially on a fundamental level. That means it took me a long time to get through a Uworld set of 40 – probably 3 hours at the beginning (sometimes more), and closer to 2 later on. My impression was that Step 1 is primarily a thinking test that also requires a ton of baseline knowledge, so while I did brute-force memorize the classic associations, I focused my study toward the idea that the core of the test is to know the basic concepts down cold, and being confident enough to apply them.

Question of the Day

Signup for emails from Step 1 Daily! 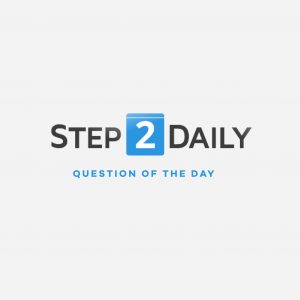 When am I prepared